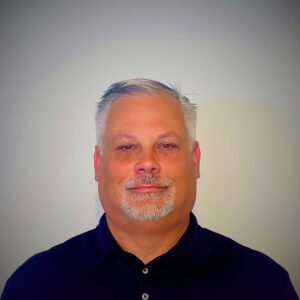 Ray Lewis was managing a fleet of 125 armored trucks in Texas in the early 2000s, when he happened to meet a manager for BFI during a golf event. The conversation turned to the virtues of a career in  landfill management.

Ray was intrigued. The more he thought about it, he recognized the positive environmental impact that good landfill management could provide.

“I made the jump,” he says, joining Republic Services in 2003. While he later moved to new opportunities as division manager for Schneider National and as vice president and general manager of BrightView Landscapes, he decided to return to landfill management in November 2020, when WIN Waste Innovations’ New Lexington facility hired him as general manager.

“In my mind, landfills allow us to take responsibility for the environment and handling of waste to make sure it’s done right,” he explains. “It’s a living, breathing entity that needs to be taken care of. I enjoy that responsibility.”

While COVID-19 restrictions made it difficult to engage fully with the community during the first few months of his arrival, Ray says more relaxed gathering protocols are making it easier now to get to know both local residents and local officials.

Most recently, Ray and his team were major sponsors of the Perry County Fair. The facility was a platinum sponsor — the largest possible investment in supporting the fair — was a sponsor for Veterans Day and the Demolition Derby and was a significant bidder in the Jr. Livestock Auction.

He promises an open relationship with both his team and members of the community.

“We’ll take on the challenges as they occur and keep an open-door policy with New Lexington.

I invite anyone who wants a quick tour to contact me, and we’ll make it happen.”